THE CONCEPT OF COMPLEXITY THEORY

Random House Dictionary defines complexity theory as the study of complex, chaotic systems and the way in which order, pattern and structure can arise from them. In this realm, seemingly independent agents can spontaneously order themselves into a coherent system. The concept and application of complexity theory is incorporated in both the intellectual content and painterly process of image generation that artist Carlos Carulo employs in the creation of his paintings.

His method includes a spontaneous “chaotic process” of generating a richly evocative under-painting. This process has unpredictable outcomes resulting from expressive gesture and the random application of carefully chosen pigments, pastels and paint.

From this explosion of color, tone, atmosphere and texture, an organized, self-contained universe emerges that has structure, order and meaning. The artist refines and renders forms to create objects, atmospheres and the experience of multi-dimensional universes existing simultaneously.

In 2017, Carlos was invited by the UC Davis Biology Department to meet with scientists who are exploring the microcosm of biology through advanced microscopic technology. They were amazed at how his artwork resembled the imagery they viewed through the electron microscope.

This input has expanded the scope of Carlos’ research and his expression in recent large canvases. His work not only embraces concepts in physics, it now reflects his imagination and research into cellular biology and nanotechnology.

“About Complexity Theory, I’d like to say that artists, like scientists, explore phenomena using three basics steps: “Observation, Understanding, and Interpreting.” Complexity theory is the study of complex chaotic systems and the way in which order and disorder fuse into pattern and structure,” says Carulo.

“More and more the question will be asked: Is it art or is it science? Mathematics will serve as the common language, scientists and engineers will create the technology, and artists will provide the spirit.”
–Jay Kappraff, The New Jersey Institute of Technology

Move through the gallery to read the artists additional comments. 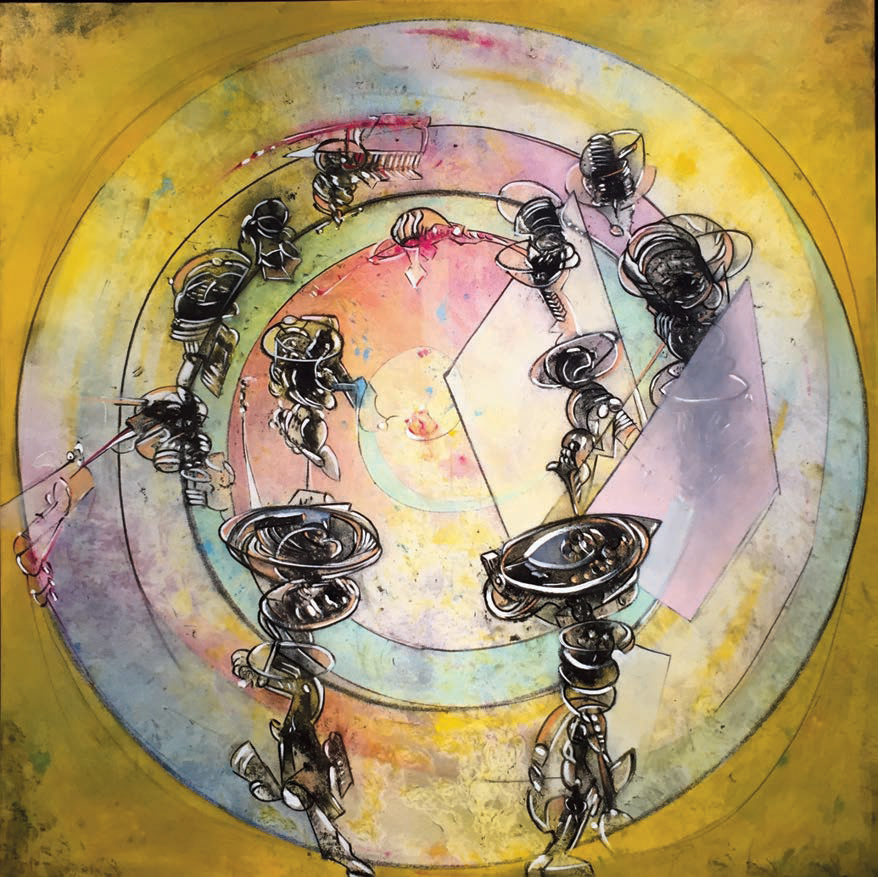 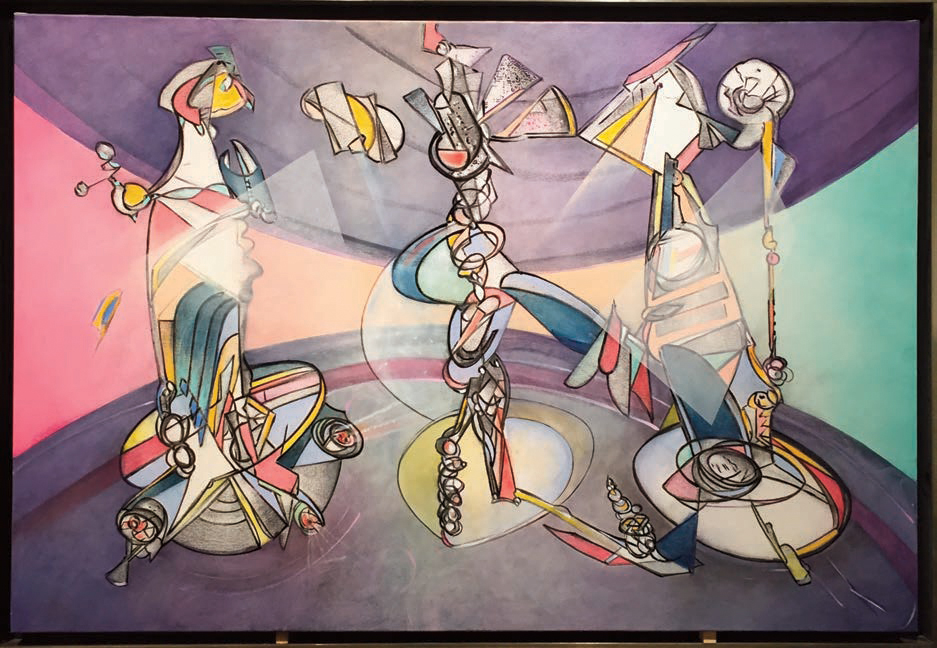 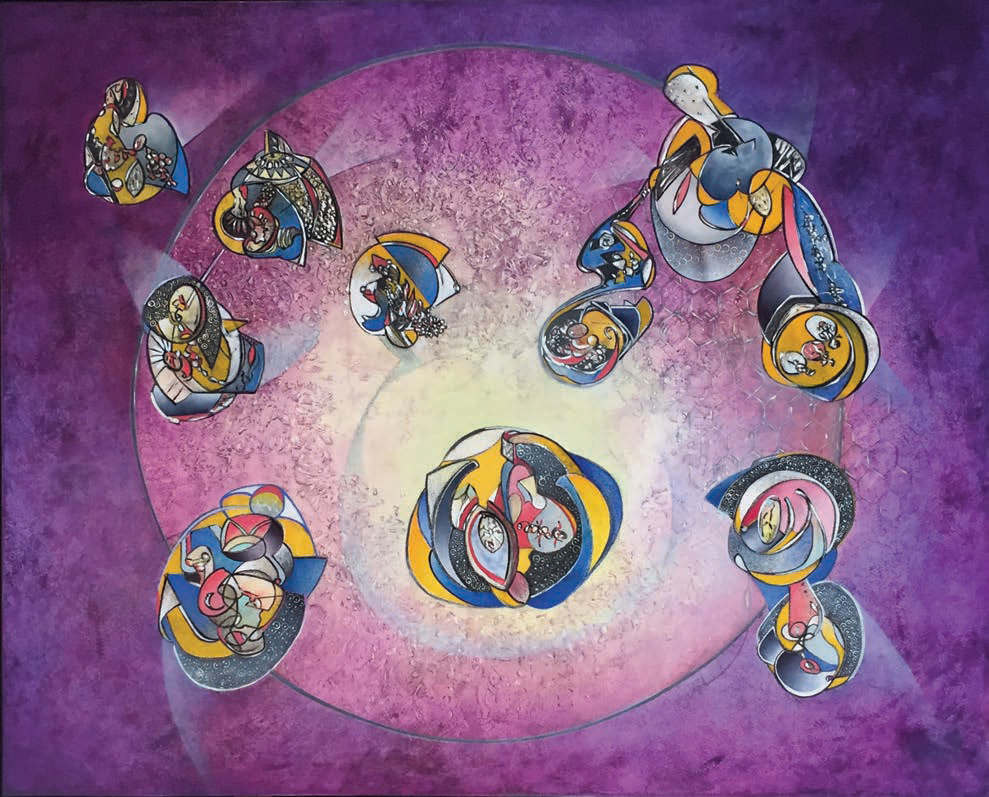 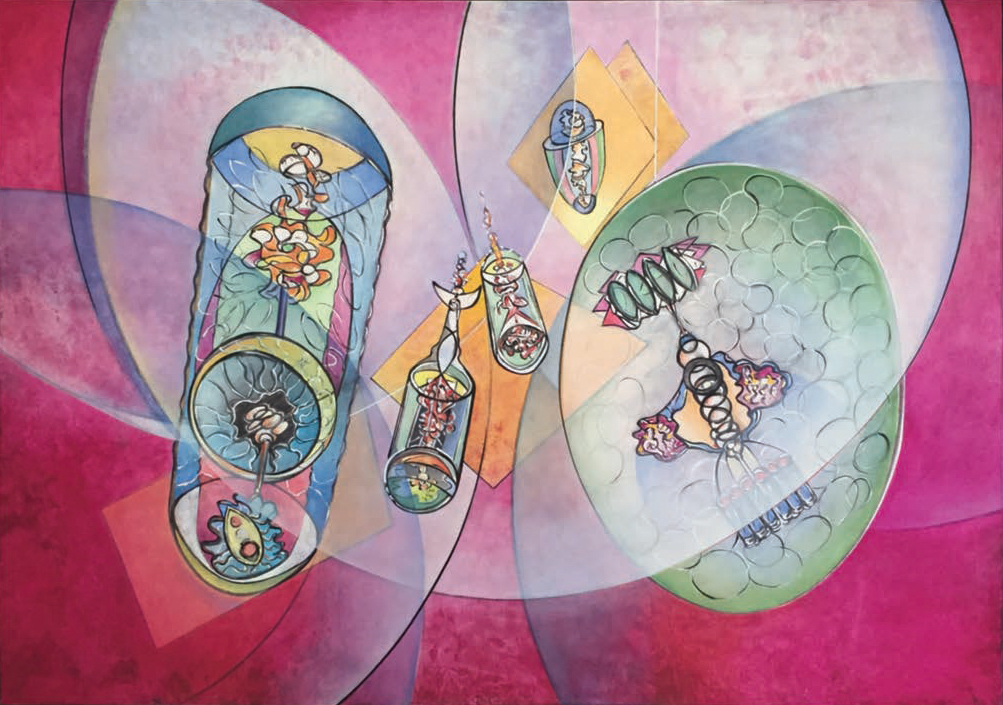 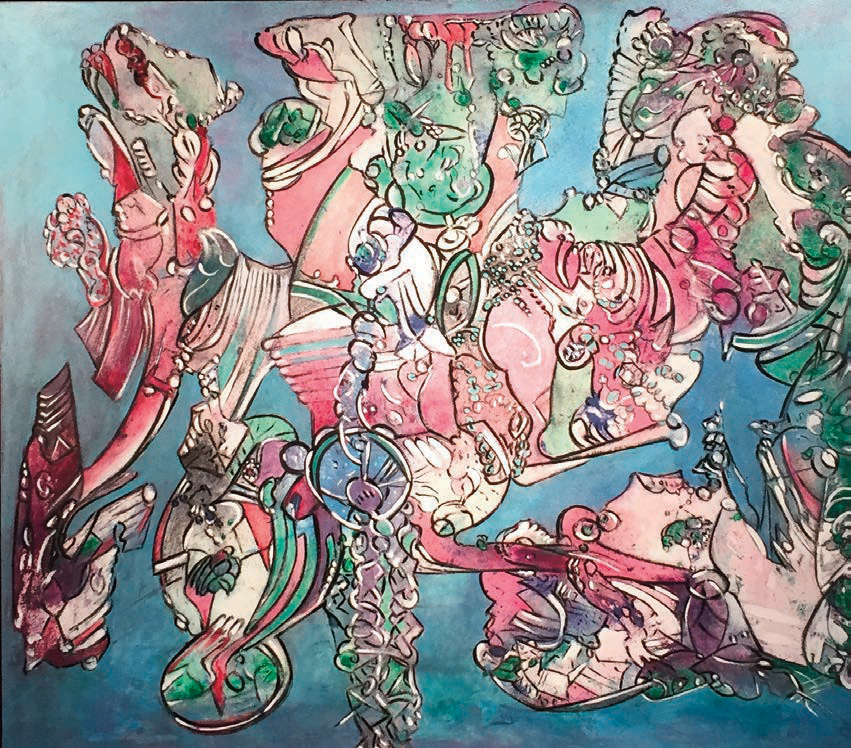 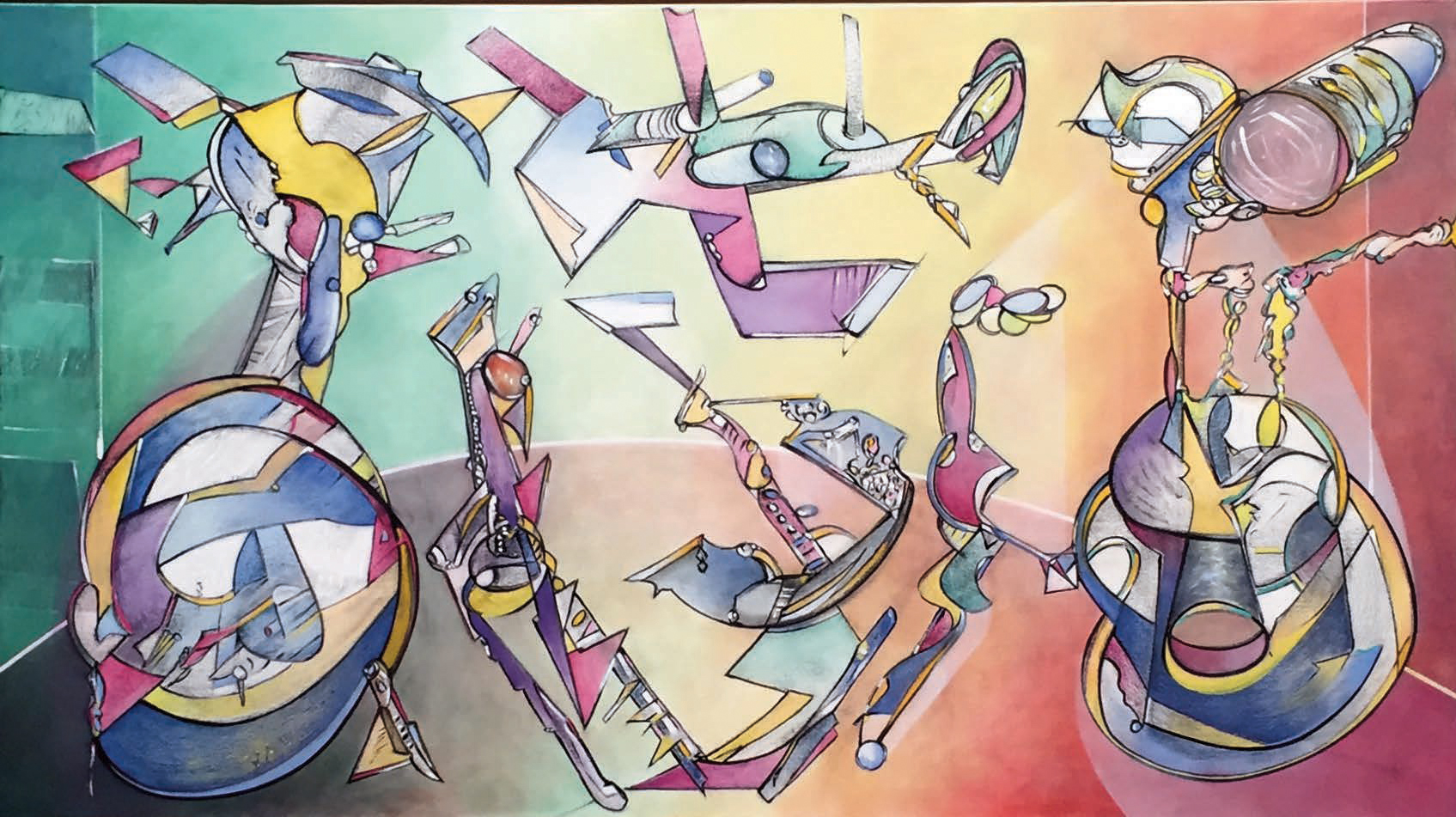 Metamorphosis of the Drones 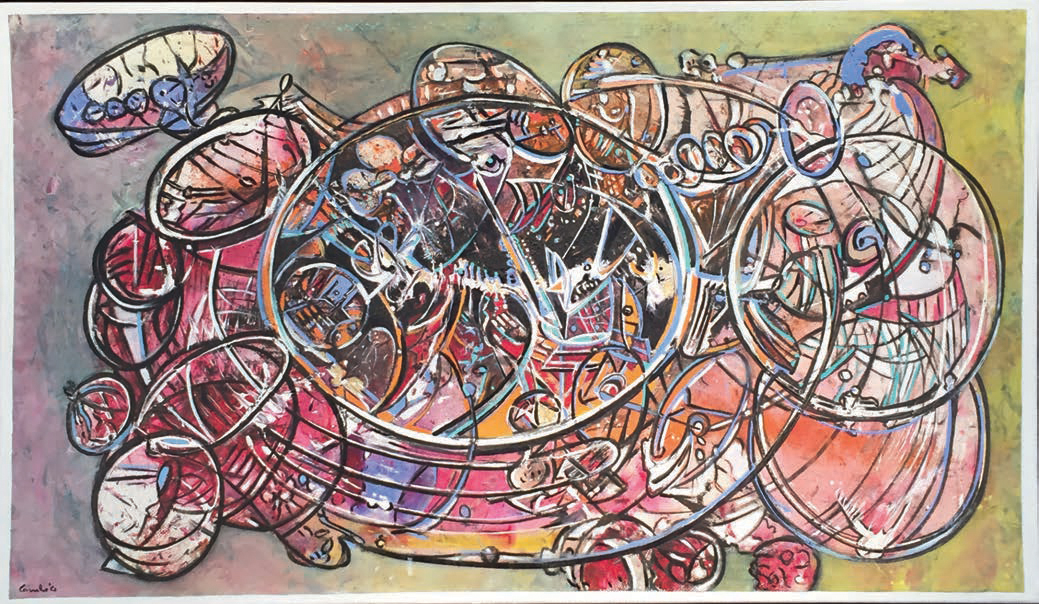